Are you looking for a PowerPoint add-in for advanced charting capabilities? Then you have probably already familiarized yourself with the most popular PowerPoint add-ins think-cell®1  and empower® charts. In this article, we present 10 exciting facts that you probably haven't heard.

We compare the PowerPoint add-in think-cell® with empower® charts

In this article, we address the following frequently asked questions about think-cell® vs. empower® charts:

1. save 50% on running license costs and gain more functions

empower® charts is the inexpensive alternative to think-cell®: it costs only half as much. No matter how many licenses - 100, 500 or 1,000 - you save 50% of your annual license costs by switching from think-cell® to empower® charts.

Quality at eye level: empower® charts has the same functions for creating Gantt charts as think-cell®. In addition, empower® charts includes additional functions. For example, you can divide your tasks into project phases and show or hide them as required. Even school vacations and national holidays can be displayed and integrated into your chart. If one of your projects should be delayed, it is no problem to enter the delay centrally and simply display it visually.

4. intuitive and modern: empower® offers all the important functions of think-cell® and much more

empower® charts users are enthusiastic about the modern user interface because it integrates very well with PowerPoint, is self-explanatory and clearly arranged. Modern diagrams with arrows and breaks or waterfall charts visualize complex content and make a presentation easier to understand.

In addition, the empower® suite is not only specialized in diagrams but has even more to offer within PowerPoint. empower® slides enables, among other things, a company-wide slide library directly in PowerPoint. Other Office applications can also be extended with empower® products. Whether Microsoft Word, Microsoft Excel or Microsoft Outlook: empower® makes working with MS Office easier, more consistent and more efficient.

5. every chart in corporate design

In recent years, empower® has become a user favorite and has overtaken think-cell®'s user numbers with over 1,400,000 users. think-cell® says it currently has 750,000 paying users on its website.

It is also worth mentioning that in 2019 empower GmbH (then still known as Made in Office GmbH) was awarded the Deloitte Fast 50 Award, making it one of the fastest growing IT companies in Germany. Among all Top 50 companies empower® is the only Microsoft Office add-in and therefore attracts a lot of attention in this market.

As a provider of MS Office add-ins, a close cooperation with Microsoft is a great advantage. empower® distinguishes itself from think-cell® in this regard and is a partner of Microsoft. Both empower® charts and think-cell® are compatible with the Office 365 package. As part of the Microsoft Compatibility Lab, empower® guarantees its users that the add-in is always compatible with the latest Microsoft versions and updates. In addition to working with the MS Office Developer Team, Microsoft itself is a customer of empower® and relies on the high quality of the Office add-in.

empower® wants to offer you the best possible support. A support team is at your side to help you with problems or questions in the shortest possible time. User satisfaction is very important to empower®. For this reason, user satisfaction is measured regularly and requests and suggestions for improvement are recorded and processed. More information about empower® support. 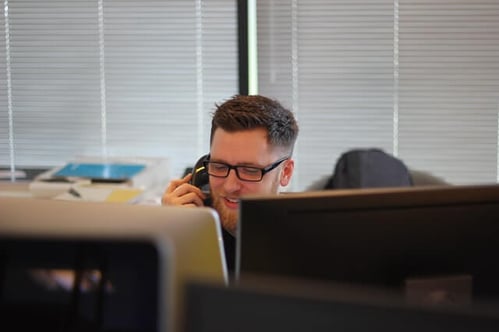 Existing diagrams in think-cell® should not get in the way of switching to empower®. Of course you think of the challenge of reformatting numerous existing charts in your presentations, but that's exactly what empower® charts includes a conversion function for. Just one click and one or more think-cell® charts are converted into empower® charts that immediately match your corporate design.

You can test think-cell® and empower® charts at any time free of charge. empower® also offers inexpensive and extensive proof-of-concept projects. empower® is adapted to your corporate design, a test group receives a compact training and will test empower® extensively afterwards.

At the end of the test period a satisfaction evaluation of your employees will take place to evaluate the acceptance of empower® charts. Such proof-of-concept projects are currently not offered by think-cell®. 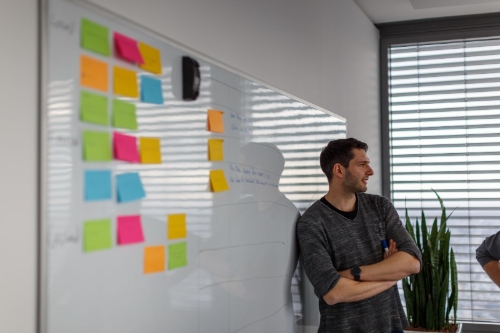 Our conclusion about empower® charts vs. think-cell®

Do you have any questions about the PowerPoint add-in empower® charts or would you like to test empower®? Then contact us, we will be happy to advise you.

empower®: The PowerPoint add-in for macOS

Live Webinar: How to make your corporate design relaunch a success

Made in Office becomes empower® – be your best at work!